Although many overtly racist policies have been repealed since Confederation, their legacy continues to affect Indigenous peoples’ health and well-being.
Created by BUILD. Films and Networked Health, with funding and support from the Canadian Medical Association, this film is shining a light on the impacts of colonialism and systemic racism.

The Unforgotten features the stories of Inuit, Métis and First Nations peoples who have been forcibly sterilized, abused in hospital, forced from their homes and land and left dying in emergency department waiting rooms.

Accompanied by educational resources, this film was created to raise awareness, incite reflection and spark conversations about how to make meaningful change happen in health care.

Leslie St. Jacques is a Canadian Certified Physician Assistant from the inaugural class of the PA Education Program at McMaster University (2010).  Leslie has worked in Neurosurgery at the Krembil Brain Institute at Toronto Western Hospital since 2014.  She has also worked as a PA in Neurosurgery for the Health Sciences Centre in Winnipeg (2013) and in the Cardiovascular Surgery ICU for Hamilton Health Sciences (HHS) (2010-2013).

Leslie is a co-lead for PAs for the University Health Network (UHN) and has been the elected President of their PA Council since 2014.  Since 2010, she has been involved in creating structures to enable PA practice at the local level, working with pharmacists to develop the first set of Medical Directives for HHS, and then later for UHN. Leslie has worked to revise the UHN PA policy, create templates for required documentation to ease the on-boarding process, and worked with the IT department to create a platform for PAs within the electronic medical record system.  Successful integration pathways have supported the steady increase in the number of PAs working at UHN, currently 35 and counting.

Leslie recently completed the Graduate Diploma in Clinical Epidemiology through McMaster University. She is an advocate for Physician Assistant involvement in research and in teaching, and has facilitated problem-based learning sessions in neurology and psychiatry for McMaster. Leslie has been a preceptor for PA students’ placements in neurosurgery for both University of Toronto and McMaster University.  She has presented clinical material for CAPA’s annual conference in both poster and lecture formats, as well as contributed to the Journal of Canada’s Physician Assistants. 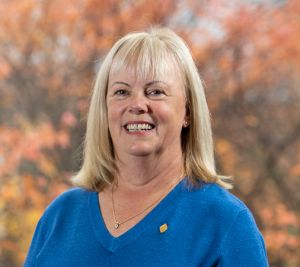 For three decades, Dr. Ann Collins ran a full-time family practice in Fredericton, New Brunswick, which she started after serving three years with the Canadian Armed Forces in Kingston, Ontario. In addition to providing office and hospital care, she also provided nursing home care for over 20 years and was a family medicine residency teacher at Dalhousie University from 1998–2019. Dr. Collins graduated from Dalhousie University in 1985.

Dr. Collins has served as president of the New Brunswick Medical Society (NBMS) and spent five years as chair of the NBMS Board of Directors. She has led two NBMS governance reviews and served on the 2008 CMA Governance Review Committee Task Force. Prior to taking on the role of CMA president, she spent seven years serving as the New Brunswick representative on the CMA Board of Directors.

Her community involvement has been highlighted by a six-year term (two years as chair) on the board of governors of St. Thomas University, a leading liberal arts school in Fredericton.